Get to the exit through a claustrophobic maze in less than one minute, avoid (or try to kill) the monster while collect the gems to get more points!

oneminuteescape is a game I did for the Fantasy Console Jam #3 in a couple of days for pure fun, using the great TIC80 fantasy console and javascript.

Wow. This game was actually a really great experience. The random spawning of the monster was slightly frustrating when it meant you got killed very quickly or had no way past it. But otherwise a very solid game with great but simple mechanics. Awesome work!

Man, thanks a lot for your review, it was so funny :D You are right, I could have added something like 2 or 3 seconds invincibility when entering the maze to avoid the instant kill from the demon, but I wanted to replicate somehow the gameplay from the old-school computer games from C64 or Atari, when it was so easy to get killed. Guess I had to think about the people who actually never played games from those computers, and make it a little easier, to avoid the frustration :D

Now, some facts about the monster design:
Actually its AI is pretty dumb, in fact you could notice that it never enters a side-way tunnel, instead it picks random directions only when it bumps in the corners. At the beginning I wanted to fixed that, make it a little more intelligent, instead I create an one-eye monster and justify it with "It can't see well" and save me some time with development :P 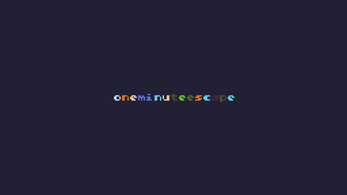